An Integral Part of Our County’s Heritage

“It all began around 1869, when a few gentlemen from Ellenville, New York facilitated the construction of the Ellenville Driving Park. They held a small fair, which featured horse racing and various agricultural exhibits, and it turned out to be such a success that it was repeated several times over the next few years.

Then, during the winter of 1885-86, several of Ellenville’s leading citizens banded together on various occasions and decided that considering the success of these small county fairs, the next logical step would be for them to form a local agricultural society and sponsor a real “Ulster County Fair”.

On May 25, 1886, it was formally announced that the Southern Ulster Agricultural Society had been organized “to promote the interest of agriculture, stock raising, fruit growing…..to meet a recognized want….in response to the earnest demand.” Dates for the three-day event were set for Tuesday, September 28 through Thursday, September 30, 1886. The fair would be held on the grounds of the Ellenville Driving Park. (Today, this is the site of the Ellenville Central School complex.) Admission to the Fair was reasonable – a single ticket cost only 25 cents.

In continuing a tradition of “rain for the fair”, weather over the next several years during the fair time was never really good. It was during this time that the Society first considered the possibility of holding the fair somewhere else. But, any such plans always seemed to fall through.

After 1893, the Society’s annual fairs seemed to enjoy improved weather conditions. This was undoubtedly helped, in past, by the fact that the fair dates were moved back to the first week in September and then, eventually, into the latter part of August, when farm crops were harvested.

By 1900, the Ulster County Fair was recognized as one of the finest county fairs in New York State, during the annual fair held September 4-6. The fair continued to be a huge success over the years with “Floral Parades”, “Fireman’s Parades”, “Horse Racing” and “Balloon Ascensions.”

The upstate area by this time was growing in popularity. On December 22, 1902, the first passenger train from Ellenville to Kingston made its run, a distance of 27.14 miles. Fare for a one-way ticket was 56 cents. The railroad station in Ellenville, built on the site of the old glass factory property, was only minutes away from the fairgrounds. Soon, a direct train connection between Kingston and Port Jervis was also complete.

With the advent of this improved transportation, members of the Fair Board expected more people from different parts of the county, many of who could not attend the earlier fair because of the distance, would now be able to make the trip. Over 1500 people were expected from Port Jervis alone for “Fireman’s Day” and on “Kingston Day”, an additional 1000 people came from the City of Kingston, now the County Seat.

During the early 1920s, automobile racing became quite popular at the Fair. Liberal premiums were offered for these new motorized speed events. Four or five races were held on each of the last two days of the fair and the audience experienced “thrills that had never been seen at the Fair before.”

Streets leading to the fairgrounds on Opening Day in 1922 were filled with trucks loaded with exhibits, animals, children — especially children –since this was Children’s Day at the Fair and all children under 15 were admitted free.

Extensive changes made at the fairgrounds during 1925 had the effect of offering a “new” Ulster County Fair- which was to be entirely different from the Fair of previous years. Improvements planned for the fairgrounds were made to grading a plot of land for a new midway area, several small buildings were relocated on the grounds and a new mammoth exhibition building – 150 feet long, built for cattle and livestock – was said to be worth the admission price alone just to see it.

As fate would have it, an early evening fire at the fairgrounds on Sunday, July 25, 1926, completely destroyed the grandstands, the starting gate, and a large section of fence, as well as much of the racing stables, some trees, and a nearby house. The fire was believed to be started from a dropped cigarette, during a baseball game between the Ellenville Orioles and a Central Hudson team of Poughkeepsie. As soon as they could, workmen immediately started to rebuild a temporary grandstand, complete with seats and a roof. It was completed and made ready for the opening of the 1926 Annual Ulster County Fair – August 24-26.

In 1929 the Societies President appointed a committee to determine if the Fair should remain in Ellenville. An editorial in the Ellenville Press scored the community and business in Ellenville to support having the Fair remain in Ellenville. At the annual meeting in 1930 again the Society was discussing the issue of selling the grounds – then rent them back from the new purchasers for the length of the Fair. The directors did not make any definite decision on the matter and went on to make plans to hold the 1931 Ulster County Fair in Ellenville, as usual,

The Fair in 1931 proved the truth of Murphy’s Law. It rained for two full days during the Fair. That year there was also a polio epidemic that kept most people, especially the children, away from the fairgrounds. Attendance that year was at an all-time low record.

Following this, the most financially disastrous of all the Ulster County Fairs, the Board of Directors had to seriously review the situation and consider the alternatives. The Ellenville School Board had expressed a desire to purchase the fairground property to enlarge their school facility while the City of Kingston expressed intense interest in having the agricultural fair move there.

The Society appointed a committee to review the situation, while the Ellenville Board of Education held a meeting on April 19, 1932, when a motion was approved to submit a proposition to the voters to purchase the Fairgrounds property for $15,000. At a special meeting on June 7th, 564 votes were cast. The final count showed that 330 voted “Yes” 231 voted “No” with three blank votes on the proposition. It was now official. An era in Ellenville’s history had come to an end. There would no longer be an Ulster County Fair in Ellenville, and the Fairgrounds were to be sold to the School District.

The Society decided to hold a small fair in Kingston for one day on September 1, 1932, at Forsyth Park in conjunction with an annual Farmers’ Picnic. The Fair would then remain at Forsyth Park for the next three years.

The 1936 Ulster County Fair was held in the new State Armory on Manor Avenue, Kingston, and it was extended to a second day. Every space in the big Drill Hall was used to display the agricultural products of Ulster County.

The next year the Fair returned to Forsyth park, and to a one-day event, and remained there for the next three decades. The fair enjoyed good weather and good attendance almost every year, despite the fact that there were no commercial displays, games, or rides.

The number of commercial exhibits nearly doubled during 1948 and more space than ever before was used for other displays. Suggestions were again being made to extend the length of the Fair. After much study, the Ulster County Fair extended to two days in 1950.

With so much more to see and do at the Ulster County Fair each year, the Fair Board realized it not only needed to extend the number of fair days, but it also needed a much larger area to handle the ever-increasing number of exhibits in all areas as well as the larger number of people who were attending the fair.

After looking into several possible fairground locations, the Ulster County Agricultural Society announced in December 1966 that the 1967 Ulster County Fair would be moving from Forsyth Park in Kingston to the grounds of the Old County Home and Farm in New Paltz. The new location, with the scenic Shawangunk Mountains as a backdrop, would give the Fair the necessary space for expansion. A new 150′ X 300′ horse show ring was constructed, and the Fair had use of some of the permanent buildings and had a much larger parking area.

Over the years the Society had secured the building of a cattle barn, sheep pavilion built by the County, Jane Barley Youth Building, and most recently the renovation of one of the original barns on the property to house a draft horse exhibit.

Since its very beginning back in 1886, the Ulster County Fair history has had its share of problems. It has had to cope with bad weather, financial problems, and a lack of community interest. Over the last century, the Ulster County Fair has seen many changes in fashion, hairstyles, and hemlines. It has endured the evolution of the automobile, airplane, television, VCRs, music, and space travel. It followed the development of computers, wireless telephones, and compact disks. It has seen men dive into the ocean depths and walk on the moon. It felt the heartbreak of two World Wars, the Korean War and Vietnam. It has seen massive destruction by heat, cold, drought, floods, earthquakes, famine, sickness, and disease. It suffered through the assassination of Presidents, religious and political leaders. It has watched fertile farmlands dwindle as cities and towns grow. But, through it all, the Ulster County Fair has remained an integral part of our county’s heritage, it’s past, present, and, hopefully, it’s future.

“You may talk about St. Louis and the glories of the West, or prate of Babylonia’s garments in the air: But if you’d view earth’s wonders, the choicest and the best, You’ll have to do the Ulster County Fair.”

Say Hello to our Sponsors 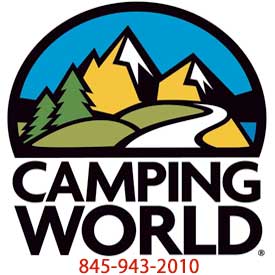 Tips For A Day At The Fair